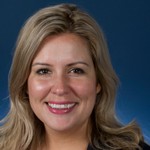 Too much tolerance of Aboriginal abuse Most Australians view police as protectors and have trust and respect for their authority. Unfortunately, this belief does not extend so readily through indigenous society.

Indigenous women are not only distrustful of police, they face enormous barriers in reporting viol­ence in that abusers are frequently men with a tight grip on the reins of power in communities, if not personally then via their relatives and mates.

Understanding and trust between police and indigenous ­communities have been well documented as in parlous condition. There is suspicion on both sides, and this causes hesitation on the part of victims to seek help. The high rate of arrest and imprisonment of indigenous men and, increasingly, women, and the rate of deaths in custody only exacerbate the problem.

Despite the alarming family ­violence statistics, in this atmosphere of fear and mistrust, what hope do indigenous women have?

Here is an example of the type of impact a dysfunctional police-indigenous relationship can have.

In 1995 at Wallaga Lake, a small Aboriginal community on the far south coast of NSW, I witnessed a dispute between ­Aboriginal families. Countless phone calls to the police went unanswered, resulting in an all-out riot, with the area being barricaded.

When the police finally arrived, they negotiated a “cultural” fist fight between the aggrieved parties as a means of settling down the volatile situation. Punches flew, bloody noses ensued, hair was pulled and so on. All this occurred in broad daylight in front of children, while the police watched as if it were a game of sport. One police officer watching the fight reportedly was overheard saying words to the effect of “this will be prime real estate after these Aborigines kill each other”.

No statements were taken and no investigation pursued in relation to the incident. That evening, the police received several calls from distressed members of the community but they again failed to attend. Hours later, two homes were firebombed.

Fortunately, one home was vacant because of a tip-off that its occupants were a target, but the other petrol bomb bounced off a flyscreen in a home where three small children lay fast asleep. Police failed to act and fear has permeated this community since.

Many years later, there has been a string of savage domestic violence attacks in the Wallaga Lake community.

Last October an indigenous man was charged with attempted murder after hitting a woman in the face with a claw hammer. She is permanently disabled.

Far south coast police superintendent Peter O’Brien told the ABC at the time that people should not be afraid to report incidents: “Every day we are dealing with domestic violence as part of our strategies to reduce domestic violence, by getting in and amongst the community, both males and females, with both government and non-government organisations, to try and get the message out there that we won’t tolerate it. Communities shouldn’t tolerate it. We need the public and the community to report domestic ­violence.”

Unfortunately, words are cheap and not much has changed since the superintendent’s pleas.

A young Aboriginal woman I knew as a child as bright and beautiful is sitting in a women’s prison awaiting her fate after stabbing her cousin’s partner in the neck. This occurred just this year after she was subjected to a savage attack, including having her head repeatedly slammed into a wall. Why? Just because her cousin’s partner wanted money for drugs. In a state of fear, she grabbed a knife and stabbed him. The mistake she made was ringing her cousin’s father to intervene and not the police.

After being placed in a medically induced coma, her cousin’s partner has recovered and is free to roam the community. However, the victim faces spending most of her life in prison.

In my experience as a lawyer, the first question asked by the prosecutor of this young female at trial will be, “If you were in so much fear for your life, why didn’t you ever ring the police?” This is no doubt exactly what the jury will be thinking, with no understanding of the sometimes lawless world of an indigenous community. 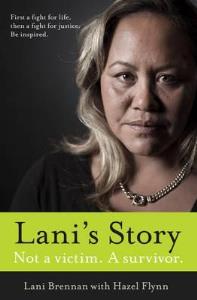 The reasons indigenous women do not ring the police are complex. The lack of trust between the police and Aboriginal communities is a significant factor. So, too, is the fear — and often reality — that police will not act.

Then there is the retribution meted out to indigenous women within the community when they do report violence. In fact, reporting violence to the police can present far more risk to the victim than keeping quiet. The victim will be called names such as “dog”, she possibly will be beaten again and she often will be ostracised.

And if the police do act? Then, as with all women who report their partner to police over domestic violence, she faces the prospect of becoming homeless and living without family support.

Since before the stabbing incident, I have received calls from distressed family members in this same community. In one incident, a 14-year-old girl was violently raped, went to the police and was hospitalised. Two years later, the police still have not arrested the accused. The victim, as a result of this horrendous attack, has become an alcoholic and, disturbingly, has to face the offender every day. Where is the justice in this?

Lani Brennan is an Aboriginal woman and a family violence advocate, and is employed as a youth worker in the south Sydney area. In 2013, Tony Abbott launched her book, Lani’s Story, at Parliament House in Canberra. Her story is an example of what happens when police and prosecutors fail to give priority to indigenous victims, which is more common than you may think. It’s also an exam­ple of what happens when they do.

I first met Brennan in 2006, about the time I was finishing my law and journalism degree. She had been raped, battered and tortured for eight months by her former boyfriend.

I was instructing in trials for the NSW Department of Public Prosecutions. Two facts stood out as incomprehensible. First, Brennan had waited four years after formally making the compliant in 2002 before the offender was arrested in 2006, even though police were well aware of the offender’s whereabouts. In fact, he was arrested 44 times within this period and sent to jail.

Second, there was no officer in charge. As a young lawyer, I called the local police commander in Sydney and told him this could end up on a newspaper’s front page if he didn’t find a replacement police officer for this trial. Much evidence including photos had been lost and the case was a mess. It took determination and the efforts of the newly assigned police officer to pull together the case and help secure a conviction. This sort of chaotic management of indigenous victims’ cases happens all the time.

In another matter, as the prosecuting solicitor in the District Court in Sydney in 2007, I was assigned a trial one week before it opened. I had only two meetings with the young female Aboriginal complainant. The offender, I was informed, was well known to police, to the extent that his name was linked to every single unsolved homicide in the area and he was regarded as a great risk to the local Aboriginal community and public alike.

A year earlier, the offender had been found not guilty of three rapes involving three victims. After reading the files, I suspected the failure to convict the ­offender was largely due to lack of care and preparation. This was yet another entirely disorganised case.

The victim grew up in Abori­ginal communities and had a fear of authority and white people. She tried too hard to look educated in front of the all-white jury and frequently used long words that don’t exist, such as “conversate”. She was crushed in cross-examination as she got her story all mixed up.

Unsurprisingly, the accused was found not guilty. The victim is now a full-blown heroin addict and a shadow of her former self. I believe if the victim had been provided with appropriate care and support, her health issues could have been remedied.

The problem is that indigenous communities, government ser­vices and the police have a high level of tolerance for indigenous crime and violence. Governments need to help change the paradigm of being slow to act, or failing to act at all, against crime and violence befalling Aboriginal victims.

To instil the attitude that crime in indigenous communities must be taken seriously, we need more government-funded support for indigenous victims of crime, rape and violence. We need a strong focus on the following two areas:

A successful community policing model has been implemented by the NSW Police officers serving the neighbourhood of Redfern in Sydney, spearheaded by Deputy Police Commissioner Catherine Burn and Superintendent Luke Freudenstein. This has led to a dramatic, recordable reduction in offending.

• Focus on changing social norms within indigenous communities with law and order issues, and re-evaluate the support given to victims. With these measures in place, the victims of violence will slowly become more willing to report violence to police. If we consequently achieve a corresponding rise in successful prosecutions of offenders, the courts can then apply general and specific deterrents in their ordinary sentencing practice. In turn, this would act to deter further offending and reinforce cultural change in relation to offending.

As demonstrated by campaigns against drink driving and sales of tobacco to minors, public campaigns have improved police practices and achieved behavioural change.

If we want to stop violence, we need to get fair dinkum in supporting the victims. How is this going to be possible while the government is cutting services such as women’s refuges as well as services for indigenous victims?