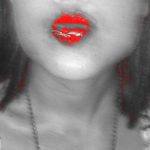 With my partner in crime and ‘Chief Pizza Eater’ in tow, I headed out to Martinelli Pizza Bar at Trinity Beach.

Clearly the two of us don’t get out there often enough as we tend to hang out mostly in the city (Swamp Donkey’s was what my old Chief Engineer used to call us) but I am attempting to branch out a little more. Martinelli’s was opened in July 2015 and we were both keen to test out the only Roman style slab pizzas (that I know of) in Cairns. We arrived just behind a couple of bare-footed bogans whom I overheard asking the chef and owner Peter if they also sold ’round’ pizzas. Some people really do astound me.  As ignorant as they were, not to mention stupid, surely they realise that pizzas tend to taste the same no matter what shape they are.

Nevertheless Peter convinced them to try one of his popular Roman style pizzas and they took a seat.

Initially MS and I were only going to get takeaway because I wanted to watch The Bachelorette (don’t judge me) but after a bit of careful consideration we decided to stay.

First up we ordered the Garlic and Herb Focaccia with Garlic Oil, Herb Butter and Rosemary Salt and I tell you what we were in for a treat. Does anyone remember the old Donnini’s when it was on the first floor at the Pier – back in around say 1990? Still to this day they had the best focaccia that I have ever eaten and a hell of a lot better than the focaccia they have on offer at the new Donnini’s (now Ciao Italia at the Hilton), which is actually really crap.

I have to say that this focaccia at Martinelli’s is on par with that amazing focaccia from the old Donnini’s. Crispy on the outside and soft and chewy on the side… It’s bloody superb and must try when you go there!

When we visited, Martinelli’s were running with a Spanish theme for the month and I couldn’t go past the Smoked Reef Fish Escabeche, South Australian Mussels, Chorizo, Olive Tapenade, Romesco Sauce and Basil, served with Charred Lemon. Pretty much what dreams are made of.

Despite me trying my best to convince MS to order the Melaleuca Smoked Beef Brisket, Housemade BBQ Sauce, Slaw and Mozzarella pizza – he went for the Potato and Sausage with White Reduction, Shaved Potato, Italian Sausage, Mozzarella and Provolone Dolce.

We ordered and waited at our table with baited breath for our pizza to arrive.

Next to us, the bogans that had originally asked for round pizza were pretty much making love to their brisket pizza.

They were certainly enjoying themselves and it was pretty much like that scene in Where Harry Met Sally where Meg Ryan fakes an orgasm, except they weren’t faking. It was clear to both MS and I that these two were now converted and they would never look at a round pizza the same again. After they finished they thanked the chef profusely, vowed to return again and happily left just as our pizza’s arrived.

Not since the NRL Grand Final have I seen such a turnaround – not that I watch football.

A lovely older man with a thick Italian accent whom I can only assume was the chef’s father showed me how to squeeze the lemon over the top of my Spanish style pizza for full flavour effect. We dug in. The Romesco Sauce and the fresh Basil leaves on top of my pizza gave it the perfect sweet kick. It was just divine and I don’t know what the hell the chef does to those pizza bases but wow. MS loved his Potato and Sausage pizza but we both agreed that mine was the pick of the litter.

To top it all off we had a couple of pieces of freshly made Chocolate Cannoli to satisfy our sweet tooth before we pretty much rolled out of the store. We were full as a goog. The cannoli’s were not too little but not too big and the perfect was to top of our meal.

Without getting into the nitty gritty of the delicate flavours and textures of the meal because that’s just not how I roll I can highly recommend Martinelli Pizza Bar.

It’s seriously some of best pizza I have ever eaten and that Focaccia bread, well you will just have to see for yourself.

The pizza’s here take a little longer to cook and aren’t entirely cheap but if you want a round Domino’s pizza thrown together on a production line with absolutely no love then knock yourself out.

Martinelli Pizza Bar is where it’s at.