Our light-hearted and occasionally informative look at the 2016 Federal Election campaign for Leichhardt, as told through the lens of those glorious byte-sized digital creations: the GIF. Hold on to your hats and your sanity: it’s game on in the 2016 Federal election.

Between now and July 2, we will be subjected to one of the longest and fiercest election campaigns in Australian political history.

56 days. In a row. Of election campaigning.

Yup. They are. Definitely. No question about it.

So armed with that knowledge, let's move on and get back to business because whether we like it or not elections are important and voting is compulsory and our future as a nation depends on it. Or something like that.

Anyway, this is Warren Entsch. Everyone knows Wazza. He's the long-serving sitting MP for the vast Leichhardt electorate having first been elected in 1996: 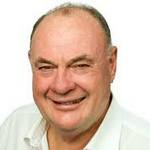 Apart from the occasional kick in the head from a cranky cow, Wazza is renowned for being a bit of a larrikin.

And in the tropical north, that's a passport to success - 20 years in parliament kind of success.

Wazza's opponent from the Labor Party is Shazza.

Or Sharryn Howes, if we're being all formal about it. 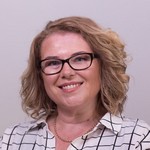 Shazza's in social services, so she's sure to score some success selling Shorten's suite of solutions to voters on Struggle Street.

But that may not be enough to dethrone Wazza.

At least not according to the bookies, who are always right (99% of the time).

Undeterred, Shazza welcomed none other than her fearless leader Bill Shorten to Cairns on Monday in his very first stop on the long, long, long, long campaign trail.

The Opposition Leader visited Cairns West State School to announce the “Your Child, Our Future” policy, which includes:

It's a good policy on an issue that needs more attention, and it will no doubt appeal to the large Indigenous and teacher vote in the Leichhardt electorate.

Thumbs up for this policy Shazza. A much better start out of the blocks than these random dirtbike guys ever managed:

So health and education have dominated the first few days of the battle between the two Leichhardt warriors.

For now at least, we're locked in a social services stand-off. Who knows what their next moves will be?

One thing about this battle of Leichhardt is certain: sooner or later the candidates will have to start talking about jobs and detail exactly how they plan to kickstart the tropical north economy.

While tourism is going great guns, broader issues such as youth unemployment are going backwards, fast.

Wazza is under pressure on this front because of the patrol boat saga. That sweet $2 billion contract would've created hundreds of jobs, including for young apprentices and trainees.

So big questions remain of both candidates. What infrastructure will they promise to build? How's that whole Northern Australia development thing coming along? And when will they think of the (unemployed) children?!

They've still got PLENTY of time to announce their local economic, infrastructure and jobs policies.