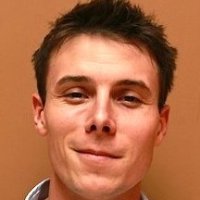 Discovering more than 100,000 animals across 42 species beneath starling colony trees in Cape York was a once in a lifetime experience for Sydney University PhD student Daniel Natusch.

Encountering a snake in the wild is many people’s worst nightmare.

So imagine walking through the dense tropical forests of north Queensland and stumbling across an aggregation of 15 hungry snakes loitering beneath a giant canopy tree.

You’re probably wondering why the snakes are there? The answer is that the tree above is laden with hundreds (sometimes thousands) of bird nests; a colony of metallic starlings (Aplonis metallica).

And it’s not just snakes. For the past three years I have been studying these colonies as part of a PhD program at the University of Sydney. Our paper describing this remarkable ecological phenomenon has just been published in PLoS ONE.

In a single year, I recorded more than 100,000 animals (representing 42 species) beneath starling colony trees.

These aggregations are tiny (with an average of 140 square metres). They therefore represent one of the most dense and species-rich animal groupings on Earth. Many of the species encountered beneath the starling colonies are 1,000 times more abundant there than beneath otherwise similar trees in the surrounding landscape.

The hosts of this annual animal extravaganza are small, glossy-black birds with bright red eyes (the metallic starlings). In reality, we know little about them.

Existing literature suggests they migrate to northern Queensland from New Guinea each year, although it is possible that some stay in Australia year-round.

The starlings begin nesting in November, and we think they raise three broods of young before nesting ceases at the beginning of April. Starlings return to the same trees every year (I know of one tree active for at least 15 years), and the trees they use are remarkably unique.

Most trees used by starlings are poison-dart trees (Antiaris toxicaria; the same species Asian peoples used to dip the tips of their poison darts).

The significance of the tree’s toxicity to the starlings is unknown, but they are tall (emergent from the surrounding canopy), with smooth bark, and are isolated from nearby vegetation.

Through climbing experiments, we found that starlings likely actively seek out these trees to minimise nest predation by snakes (in most cases, snakes cannot climb the tree trunks).

The area directly beneath the colonies is similarly unique. The ground is covered by seeds and guano dropped by the thousands of starlings above, and the smell is extraordinarily pungent.

The massive surge of nutrients dropped at these sites, together with mechanical disturbance by visiting animals, kills the surrounding vegetation such that the colonies form a barren moonscape in stark contrast to the dense forest just metres away.

I stumbled across my first Cape York starling colony when I was 14 years old. Despite the large number of snakes using the tree, I initially took the system for granted – the snakes are there to eat the birds – that seemed straightforward enough.

It wasn’t until I described the system to Rick Shine at the University of Sydney that we decided to investigate the colonies in more details, as part of my PhD program.

To do this, I located 28 trees in the rainforests at the northern tip of Cape York, which I’ve been surveying for the last three years.

Those animals aggregate to feed on fallen starling chicks, massive numbers of invertebrates, and seeds dropped by the starlings.

Sifting through the first set of photos was mind-blowing. Nearly every photograph showed more than 30 feral pigs or scrub turkeys (Alectura lathami), as well as more “exotic” species such as noisy pittas (Pitta versicolour) and palm cockatoos (Probosciger aterrimus).

The latter species is meant to be rare, but we sometimes found 10 individuals in a single photograph.

We even recorded three specimens of a giant blue-tailed monitor lizard never previously recorded from the Australian continent (Varanus doreanus).

There is little doubt that these seasonal gatherings of animals are a unique part of Australia’s natural heritage. Animal aggregations captivate people’s imaginations, and there are few places on earth where so many different species come together to utilise such a massive nutrient subsidy.

Remarkably, this system remained undescribed until now, offering yet-another reminder of the scientific importance and sheer awesomeness of the Australian tropics.

This article was originally published on The Conversation.