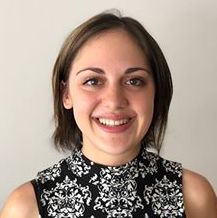 A leading Cairns town planner has described an application to build industrial units behind a popular local brewery bar as “premature”, stating the proposed construction is still decades away.

Planz managing director Nikki Huddy said the land behind Macalister Brewing Company in Smithfield is outside the area zoned for industrial purposes, saying Council has 20 years’ worth of nearby vacant industrial land already serviced by water and sewerage.

Macalister's owner and head brewer Rob Callin delivered more than 2000 submissions from the Cairns public to Council this morning, bolstering the company’s opposition to the construction.

Ms Huddy shared the view of residents who oppose the development application, saying replacing the cane paddocks with industrial units would take away from the laidback North Queensland vibe Mr Callin has created.

“There aren’t many places where you can have a beer with a rural outlook,” Ms Huddy said.

But she said neither the council nor the applicant were in the wrong, stating everyone has the opportunity to apply for different land use.

When Mr Callin first approached the council about his brewery in 2016 he was told rural cane fields backing the land would not be rezoned for at least 30 years.

“Cairns plans its development,” Mr Callin said in a video posted to Facebook late last month. “It’s been on the plan for years. This is not necessary here.”

“We spent our family savings on this business and were advised that this was rural land and would remain so for 30 years.”

Cairns Regional Council’s Planning and Environment general manager Kelly Reaston said the matter will be put to a council meeting for consideration within the next few months.