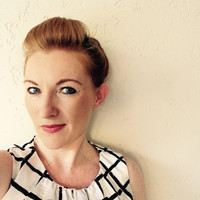 It might be a bit early yet for the winter blankets, but it’s definitely time for novelty cardigans and autumn jackets in the Tropical North.

A ‘change in airness’ is headed to North Queensland over the weekend bringing some cooler temperatures to more elevated areas of the region.

With a large, cool air mass behind a trough moving through the Tablelands from the southern states, temperatures are expected to drop on Friday to an anticipated low of 13C in Mareeba, Atherton and surrounds.

Bureau of Meteorology’s weather duty forecaster Harry Clark expects the trough to stay mostly inland though, skimming Cairns and coastline areas, with the city expecting minimum temperatures to hover around 20C. We can also expect a light south-easterly wind in the evenings.

"It’s a little brisker than normal, however there’s no rain forecast for the weekend," he said.

Cairns' average minimum temperature for this time of the year is 20C.