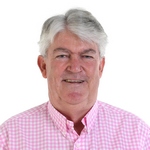 Misinformation and political agendas are doing the reef's reputation - and our regional economy - more harm than good, writes Kevin Byrne.

Of course it is accepted wisdom now that in all election campaigns the first casualty is the truth.

And so it is again this year with the current Federal Election: the prime example being the exaggerated discussion regarding the current health of Great Barrier Reef.

Now we are all aware that the reef is a national icon and is listed on the Wold Heritage Register. It is therefore an asset of the world not just belonging to Australians and we need to take good care of it.

No argument there. So therefore we need to tell the truth about it and Australians and the rest of the world deserve nothing less.

Not so it seems to many of the marine scientists and much of the media.

During the past number of weeks we have seen dire warnings from the science community talking about the catastrophic consequences of "inaction" in dealing with the effects of coral bleaching.

'The reef is just about dead' many said with exaggerated claims of up to 90% of the entire reef being affected with the majority of it beyond repair.

Some went even so far as to suggest that it was time to “book a look” at the reef soon as in a few years it might be dead.

Much of this comment went unchallenged and of course The Greens and the radical environmentalists had a political feast. Politicians jumped into the fray promising more injections of funds to “save” the reef.

Bill Shorten has promised to stump up a further $500 million on top of the extra generous public and private funding (such as visitor levies) the reef currently enjoys.

So one side of the scientific community is leaping with joy, seemingly getting its distorted message across to the gullible politicians ensuring more money for their research activities and their employment is secured whilst the rest of us wonder and fume.

Truly the statements attributed to some individuals are beyond the pale. This one takes the cake from a former Australian of the year and eco-warrior Tim Flannery, who in the Fairfax media said after diving on the reef near Port Douglas:

"This is one of the saddest days of my life. This great organism, the size of Germany and arguably the most diverse place on earth, is dying before our eyes.

"Having watched my father dying two years ago, I know what the signs of slipping away are. This is death, which ever-rising temperatures will allow no recovery from unless we act now."

One of the problems we all have in understanding this debate is just who is telling the truth.

The science community here is at fault as one side is lying to us at worst and deliberately misleading us at best.

Thankfully this past week has seen the Great Barrier Reef Marine Park Authority correct the wrongs of some previous scientific utterances. Here is some of what the Head of GBRMPA said in The Australian: "Activist scientists and lobby groups have distorted surveys, maps and data to misrepresent the extent and impact of coral bleaching on the Great Barrier Reef".

According to Dr Russell Reichelt, the Chairman of the Great Barrier Reef Marine Park Authority, a full survey of the reef just released by the authority and the Australian Institute of Marine Science found 75 per cent of the reef would escape unscathed.

Dr Reichelt said the vast bulk of bleaching damage was confined to the far northern section off Cape York, which had the best prospect of recovery due to the lack of onshore development and high water quality.

The Australian went on to say that the political debate and the release of the authority’s survey results highlights a growing conflict between the lead Barrier Reef agency and the National Coral Bleaching Taskforce headed by professor Terry Hughes.

Dr Reichelt said the authority had withdrawn from a joint announcement on coral bleaching with Professor Hughes this week because "we didn’t think it told the whole story".

Dr Reichelt went on to say that maps accompanying the research by some other agencies had been misleading, and were exaggerating the impact.

Dr Reichelt continued on to say that there had been widespread misinterpretation of how much of the reef had died. "

We’ve seen headlines stating that 93 per cent of the reef is practically dead,” he said.

"We’ve also seen reports that 35 per cent, or even 50 per cent, of the entire reef is now gone. However, based on our combined results so far, the overall mortality rate is 22 per cent - and about 85 per cent of that die-off has occurred in the far north between the tip of Cape York and just north of Lizard Island, 250km north of Cairns.

"Seventy-five per cent of the reef will come out in a few months time as recovered.”

So what do we make of all of this?

As Dr Reichelt correctly said this week, much of what has been said “is dramatic and theatrical” so as communities that are directly affected by the downside of this debate we need to demand better.

We have a thriving reef tourism industry here and there are other people who rightly enjoy their activities all along this great wonderland of marine biodiversity.

We also have farming and resource industries bordering it as well as shipping and transportation lanes going through it.

These industries are heavily regulated by robustly enforced legislation and there is ample evidence of minimal threat levels to the reef by these activities.

It is time for the community to demand better. The reef deserves the truth. So do we all.

What you need to know about the Reef right now