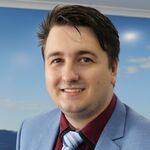 TropicNow's tech and IT writer James Harding took to the streets of Cairns over the weekend to find out if the world's most addictive mobile gaming app was taking hold in the tropical north.

Over the weekend you may have noticed hundreds of people walking around the CBD and suburbs of Cairns with their eyes glued to their mobile phones.

They were all taking part in one of the biggest phenomenons to sweep mobile gaming and the internet in general over recent years: an augmented reality game called Pokemon GO.

Pokemon GO was released in Australia just a few days ago and it has sent mobile gamers into a frenzy.

The game available for both IOS and Android allows players to wander the streets using Google Maps and GPS data to capture virtual Pokemon and strategic points called 'Pokemon Gyms'.

What is new about this game is that it is one of the first to use augmented reality to superimpose elements of the game into the real world using the camera of a player's mobile phone.

In order to catch as many different types of Pokemon as possible, players must walk from point to point as Pokemon jump out in front of them.

To make the game more competitive, there are three different color teams that players join to compete against one another for control of the points or 'Pokemon Gyms'.

Searching for that nostalgic hit of my youth, I decided to spend a few hours out and about to discover what all the hype was about.

By 10pm I noted the following:

1. I had walked 15kms and my near new phone battery had depleted from 100 per cent to 0 per cent in just four hours

2. There were over 300 people on the Esplanade all playing, socialising and fighting over the 'Pokemon Gyms'

3. It was bringing different groups of people together to find and share the locations of the rarer Pokemon

4. For a short time, I myself was the 'Gym Leader' of the Cairns Lagoon Gym. This was until another player with stronger Pokemon challenged and defeated me

Playing the game felt very social and I had done more exercise then I would normally do in a week without even realising it.

However, it became apparent that the longer you play, the less spacially aware you become of your surroundings and obstacles.

There are already stories coming in from around the world of traffic injuries, muggings and even players finding dead bodies whilst roaming their cities.

So jump on the hype-train and at the very least give this new technology a whirl.

You might be surprised how natural it feels to blend a video game and an exploration of the real world.