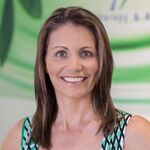 TropicNow columnist and physio Megan Thomas urges participants in the 22 push up challenge to take care of their bodies and consider a safer, longer term way to help veterans.

What would your thoughts be on someone announcing that they were suddenly going to take up running.

And from the very first day they were going to run 10kms every day for 22 days in a row, despite never doing exercise in the past.

One would think they were pretty naive and bound to obtain an ‘overuse’ injury to their lower limbs, such as shin splints. Correct?

Out of all those well-meaning souls doing 22 push ups a day for 22 days, anyone who was regularly doing this type of exercise each day beforehand would be fine and experience no adverse effect on the body.

However, how many of you struggle to do 10 good push-ups?

The percentage of the population who fit into this category is very low. Now add another 12 push ups on top.

For those of you who have done this challenge, how sore were you 24 to 48 hours after your first sets?

It probably hurt just to put your shirt on and take it off or to lift your child and drive your car.

And you still have 3 weeks worth of 22 push ups a day to complete!

The phrase ‘overuse injury’ suddenly becomes very obvious. The muscles in and around the shoulder are increasing their load significantly and tendon-related problems are being seen in physiotherapy clinics around the world.

Another problem is the effect on posture. The pectorals (chest muscles) are the primary muscles to be placed under load in a push up and when they tighten they cause rounding of the shoulders, arching of the upper back and also put strain on the neck.

Shoulder bursitis is another common issue seen when doing too many push ups as we are weight bearing on a joint that is not used to holding this load. In some cases the bursae gets squashed within the joint causing inflammation of it.

A final point to consider is to ask yourself how well acquainted you are with the reason the 22 push ups challenge began in the first place.

It started as a way to acknowledge the fact that in the United States, there are 22 veteran suicides a day due to post-traumatic stress disorder.

This challenge has become an internet fad and while some argue it raises awareness, how much is it really doing to solve the very serious issue it was intended to address?

For those of you doing it for the Vets, good on you. But isn't it worth asking yourself if there is a better way of helping them, without hurting yourself?

Could you collect or donate some money, raise some real awareness with videos on Veteran PTSD, or do something meaningful for a Vet in your life.

This fad will pass us by, however if the issue of Veteran Suicide means something to you, make your contribution last more than 22 days.