Inspiration for our urban landscape in Cairns could come from an unlikely source in visionary New Yorker Jane Jacobs. There was once a man who believed that the best way to change a city was to re-build it from scratch. He envisioned highways bisecting and trisecting the hearts of cities, removing slums, in the name of progress.

But as influential as he was and as grand as his plans were, he was not prepared for one of the biggest challenges of his career- the voice of a community and a lady named Jane Jacobs. This man was Robert Moses, a city planner so arrogant he could make sugar bitter. Some even called him the New York ‘master builder’ not because he was great at his job but because it was his way or the highway (pardon the pun).

With battle lines drawn in lower Manhattan, New York, the most significant battle in urban planning history transpired. Old philosophies born from secret handshakes in skyscraper meeting rooms were pit up against the voice of community dissent on street corners.

Moses embodied 20th century American urbanism, or what we have come to see as the ideals of Modernist urbanism. Jacobs embodied, perhaps not out rightly, the virtues underlying the ideas of new urbanism. She saw the neighbourhood block as a living ecosystem, where people thrived in the abstraction of the community. Jacobs was an urbanist who loved her community.

An epic battle of David and Goliath proportions ensued in several skirmishes throughout the 60s, the events of which have become folklore recited in urban planning schools the world over.

Jacobs reigned victorious each time, and each time winning over political support.

But while Jane Jacobs and her community won the battle and kept their much beloved neighbourhood block, even Jacobs could not prevent the spread of gentrification from consuming lower Manhattan. In 2014, her neighbourhood zip-codes ranked in the top 10 most expensive median house prices.

In a great spell of irony, her ideals and virtues to retain the old appealed to those bike riding, bagel eating, latte-sipping, middle-income yuppies. The once bohemian artsy neighbourhood retains the ageless built environment but the soul of the community has all but become legend, resigned to time. Jacobs moved to Vancouver perhaps in a show of defeat, or perhaps to fight other battles, which she did. She passed away in 2006, but the legacy she left behind has influenced many a town planner and paved a path for urbanists to make their communities the best damn place in the city. 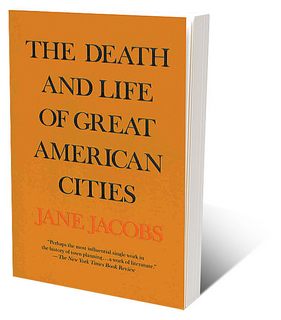 Jacobs showed us that urban-renewal did not have to mean tearing down the old just to build up something new. The absence of new and modern does not mean that the old and derelict are a source of squalor. In fact, old is not irrelevant; it merely waits to be loved again by someone of vision to look past the brokenness and see the possibilities.

Jacobs sums it up well that  “designing a dream city is easy; rebuilding a living one takes imagination”. That is what Cairns City needs the most right now - someone with imagination to look past the brokenness and see what can be. We don’t need someone who will tell us what Cairns should not be doing or how to run an office because they can’t even seem to keep their own office going.

Right now we need someone with a heartbeat that echoes that of the community, a person with an imagination that can create opportunities for a community to thrive.