UPDATE: Uber to launch in Cairns on March 16

The popular and controversial ride-sharing company has just announced it will begin operating in Cairns on March 16.

It's game on for Uber in Cairns.

The ride-sharing service will be available in the city on March 16, with promises fares will be slashed in half on popular routes including airport trips.

"We know Cairns locals have been calling out for ridesharing for a while now and we’re super excited to bring choice, competition and more transport options to Far North Queensland.

"We look forward to offering local residents, and the ever increasing number of visitors to Cairns, a safe, affordable and reliable way to get around and explore the best of the region.

"Importantly, ridesharing will also offer hundreds of Cairns locals the opportunity to earn flexible income on their own schedule.

"Our experience in regional communities across Australia has shown that access to a reliable and affordable ride home can help revellers make safer choices after a few drinks and lower incidence of drink driving."

Uber has confirmed it is "closer than ever" to launching in Cairns, announcing a series of information sessions for locals interested in becoming drivers.

The global ride-sharing app is inviting people to register for the information sessions being held at the Reef Hotel Casino this Thursday.

"Last week we sent an email to locals who had expressed an interest in partnering with Uber to gauge support and demand for ridesharing in Cairns," a statement from Uber this morning reads.

"We’ve been blown away by the community response and we’re delighted to let you know we’re closer than ever to launching.

"To help you better understand what it’s like to partner with Uber and the steps you’ll need to follow to become a driver, we’re running a community information event this week."

They came, they tested the market and now they have abandoned a planned move into Cairns.

At least for the time being.

Global ride-sharing app Uber last year appeared to be escalating its regional expansion plan into cities such as Cairns.

In May last year a senior Uber executive made an unpublicised visit to Cairns to check out the local market and take part in a startup weekend workshop organised by theSPACE at Cairns Airport.

A month later the company delivered ice creams to potential customers as part of a global PR stunt. That was followed up by ads appearing on Facebook calling for drivers in Cairns.

The Uber ads read: "Earn +$30/hour in fares driving in Cairns with Uber! Sign up now and start making some serious cash!"

Those moves combined with a resurgent tourism industry bringing thousands of extra visitors (and potential customers) into Cairns seemed to indicate Uber was serious about making a move into the local market.

But in a one-line response to questions from Tropic Now about their plans for Cairns, an Uber spokesman said:

"Unfortunately, we don't have any current plans to launch in Cairns."

Despite its growing popularity in capital cities across Australia, staunch opposition to Uber from local politicians Warren Entsch and Rob Pyne, plus the company's ongoing stoush with the Queensland Government appear to have kept Uber at bay from the tropical north. 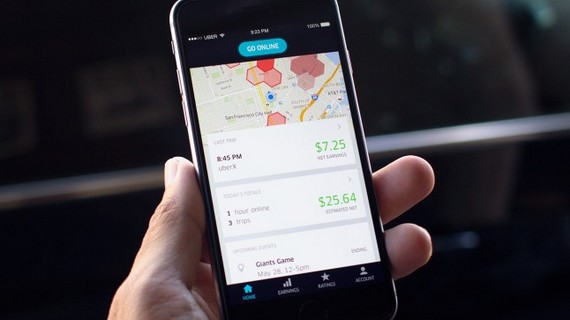 Cairns Taxis has also been a fierce opponent to the company's apparent intentions for expansion into the north.

The monopoly company warned passenger safety would be compromised and 500 jobs were at risk if Uber moved into Cairns.