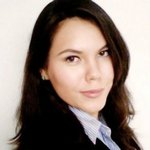 Embracing change for future generations in the tropical north

I’ve always wanted to be a mining mogul.

So it was with glee and brimming with hope that I was glued to the screen of my Macbook as I live-streamed SpaceX’s Falcon 9 rocket land on the Droneship 'Of Course I Still Love You' in the Atlantic Ocean.

The moment is akin to the moon landing. In a feat that seemingly defies the odds, mankind is now one step closer to affordable space exploration because of the successful development of reusable rocket launchers. This also means that I’m one step closer to making my childhood dream of being a Moon Mining Mogul a reality – California here I come! One of the things that fascinates me the most about Tropical North Queensland is that an ever-so slight twist in history might have seen the region transformed into an International Space Hub.

In 1987, in what we would now call a market-led proposal, a consortium consisting of Hawker de Havilland, British Aerospace and the CSIRO presented the Cape York Spaceport to the Queensland Government.

Blessed once again by our natural assets, 600km north of Cairns is Perfectly Positioned for rocket launching.

Queensland’s longest serving Premier Joh-Bjelke Peterson was taken by the idea. It was to become “Queensland’s single most important development in the history of Australia”.

The Commonwealth Government enthusiastically coined it the Asia Pacific Space Centre. It was going to be the world’s first commercial spaceport and Australia’s launch into the infamous Space Race.

The winning consortium, the Cape York Space Agency, was chosen by the Queensland Government to co-ordinate the development. The project would create 1000 jobs during construction, with a capital expenditure of $500 million, the equivalent of $930 million today.

The Cape York Peninsula Development Association estimated that the project would have a long term multi-million dollar impact on the regional economy.

Over four arduous years the proponents successfully completed a preliminary study, scoping study and a feasibility study. The consortium was however unsuccessful in its engagement with the traditional owners and the development came to a grinding halt when a High Court action filed by the Cape York Aboriginal Land Council ruled against the Cape York Spaceport.

The Plaintiffs claimed that the development infringed on traditional rights, was not seen as a viable enterprise that would benefit its owners and was further presumed to be an excuse to open Cape York to massive tourist developments with a catastrophic impact on the environment.

There were more and more questions about the viability of the project and stories of dubious real estate developers. Anyways, oh well.

The more things change, the more they stay the same. Fast forward 30 years and we’re still reading from the same playbook.

As a community we are enthused and welcoming when an investor moots a significant development that promises to invigorate the regional economy. But then long, drawn-out approval processes, strategic political power-play and an endless cycle of elections impact on community support and one of the leading economic indicators in the market economy: confidence.

Eventually the project is quietly shelved and we fondly revisit it at the captivating Tropical North Queensland Zoo of White Elephants, dreaming of what could have been.

A slight twist in history might have meant that we could have been watching the Cape York Space Agency’s rocket launcher Kookaburra 12 land on Droneship 'Why Would I Even Love You' in the Pacific Ocean to roars of “Cairns, here I come”!

Granted, it might have also been an environmental catastrophe that would have caused coral bleaching in 95% of the Northern Reef.

We are perfectly positioned for great things but we need to do more to make great things happen. Not to be cliché but we’ve golden soil and wealth for toil. The future generation of Tropical North Queenslanders deserve the opportunity to make their wildest dreams become a reality, right here at home.