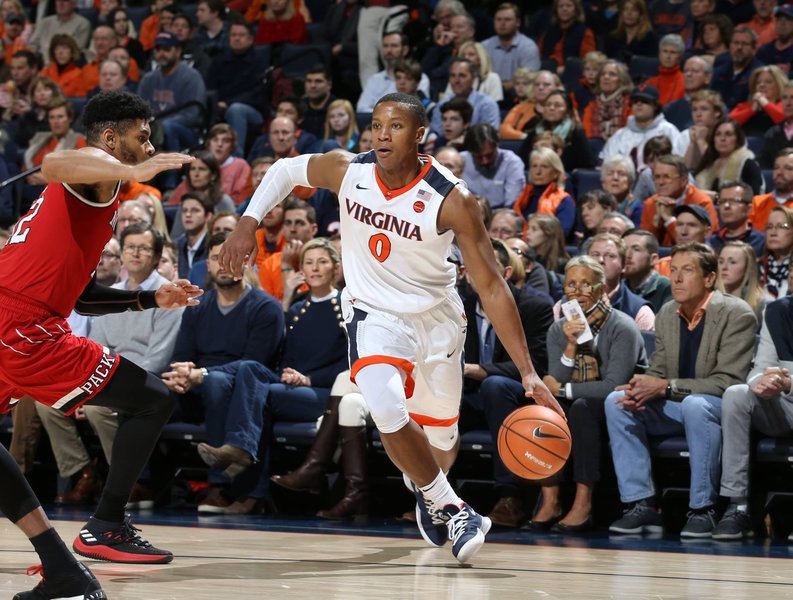 The CQUniversity Cairns Taipans have finalised their roster in stunning fashion, signing NBA draft pick Devon Hall for the 2018-19 season.

The shooting guard was selected by the Oklahoma City Thunder in Round 2 of the 2018 NBA Draft, and played five games at the NBA Summer League last month.

It is the first time in NBL history that a regional team has secured a player following the NBA draft, with Perth, Melbourne and Sydney the only cities to attract such players previously.

23-year-old Hall is an all-rounder with an impressive record at the University of Virginia, playing under coach Tony Bennett who is regarded as the best defensive coach in US college basketball.

As a senior, Hall averaged 11.7 points, 4.2 rebounds and 3.1 assists, shooting 44.3% from three for the Cavaliers. The team won the ACC regular season (30-2 record) and scored the number one overall seed spot in the 2018 NCAA tournament.

“When we were looking to complete our team with a perimeter guy, we wanted someone who could shoot, defend and create," coach Kelly said. "Devon has shown in his time with Virginia, and in the Summer League, that he can do all these things at a very high level.

"Sometimes as a coach, you have to trade-off shooting accuracy for the ability to defend, or get to the basket. But with Devon, we won’t have to do that - he shoots at 43 per cent from three. No trade- offs with him.

"I’ve found him to be confident, but at the same time very humble, and hardworking. He has worked very hard to go from being an impressive college player, to an NBA Draft Pick. There is a long way between those two points."

Beecroft is excited about the club's prospects in the upcoming season.

"We couldn’t be happier with the roster that Mike has put together, and I know he will create a culture that the entire team, including Devon, will thrive in and be successful this upcoming season,” he said.