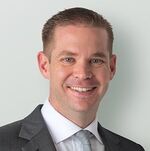 Wow. What a difference a month makes at the moment.

Renae and I ducked off to Bali for a short break in early March.

At that time, we obviously knew the virus was spreading but there were no reported cases in Indonesia, and we felt the risk was relatively minimal.

There was certainly no Government advice to not travel.

I wrote this update originally on the 12th of March poolside from the hotel.

My tone was very buoyant as we had a great start to 2020.

I’ve re-written is as the consequences of coronavirus are being felt in Cairns incredibly quickly.

I have never seen such a dramatic change in sentiment as we have in such a short space of time.

For us, it felt like the tap was simply turned off.

Not like the GFC where we saw a dramatic slowdown, this is a different thing altogether.

It feels like a huge weather event is coming more than a financial one.

Consequences are similar but maybe the recovery is quicker.

I have no predictions for the next few months.

My hope is that Australia gets on top of the situation quickly, people take it seriously and some version of
“back to normal” happens soon.

If that ends up being the case, domestic tourism surely has to play into our hands...

In late March we had three separate bookings of over 20 nights in our holiday properties – make of that what you will but it seems like some people might be riding out the storm here rather than a heavily populated area.

The perfect scenario for a lot of sellers is an “off market” sale.

Limited marketing expense, no chance of over-exposure and a much less intrusive process.

One of the benefits we have of specialising in a particular part of the market is we meet a lot of buyers looking for different versions of what we have for sale.

A real win/win for everyone.

There is no doubt that an experienced agent brings a lot to the table - especially if a negotiation gets tricky, but a hungry agent just starting their career can make some magic happen.

It is hard to say whether it is their ability to keep an open mind, unjaded by years of ups and downs (putting it politely), or just sheer enthusiasm.

I suspect it’s likely a combination of both.

Alison Western has just shifted to sales after years of being our new business manager for rental properties and she just hit one out of the park!

She listed a house for sale in Redlynch, three doors down from a basically identical property (same builder, same age, same configuration) that had just sold for $455,000.

We had spoken to the selling agent for that property who said it took three months and was pretty hard
work.

A great recommendation for (as we always recommend) playing for the strong price at the beginning of
a campaign.

Realestate.com.au is able to give great stats on agent and agency performance.

I like to understand our marketplace - where are our buyers coming from, what marketing did they
see, along with our position in it.

Renae and I sold 44 properties in the last year at a median of $876,000, which I am happy to say is the highest by some margin in the region (for anyone selling more than 30 properties a year).

Our “little” office is ranked sixth for number of sales, with 141 last year, which is a nice result given the number of staff other offices have.

As always, my phone is on should you wish to discuss anything at all.

COVID-19 lockdowns are costing FNQ millions of dollars a day, prompting calls for Government support packages to be extended outside lockdown zones.
MORE

Flight sales now on as new Cairns services take off

Skytrans has launched new services, including one to the Whitsundays & another which includes Australia's shortest route with just ten minutes flying time.
MORE