No cheap fix for sand erosion at Holloways Beach 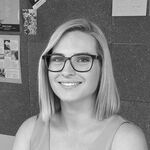 Locals say sand erosion at Holloways Beach is worse than ever before – and there’s no guarantee more than $3.3 million in recent funding will fix it.

Division 8 Councillor Rhonda Coghlan told Tropic Now the erosion was “as bad as I’ve ever seen it,” with significant weather events blamed for the ongoing deterioration.

More than $3.3 million has been spent fighting beach erosion at Holloways in recent years, including:

“We hope that the groynes give some protection against erosion but we don’t know that," Cr Coghlan said.

“We take the advice of the best consultants in Cairns, that advice is that the groynes and the sand replenishment will work.”

The last attempt to restore Holloways Beach involved 30,000 cubic metres of sand being trucked onto the beach in 2016.

The beach will be replenished with sand transported from the mouth of the nearby Richters Creek.

Cr Coghlan said there's no threat to beachfront houses at this point in time, thanks to a rock wall placed against the southern end of Holloways Beach to protect homes on Hibiscus Avenue.

A direct impact of climate change

Cr Coghlan said climate change is a major cause of Holloways Beach’s erosion, with sand depletion being a significant issue for many beaches along the Queensland coast.

“Climate change is a reality and we have significant weather events now that are causing it to deteriorate,” she said.

The Council hopes weather and tidal conditions will allow the sand to be placed on the beach in December, but there's a real possibility the works will be postponed until January, 2021.

Local businesses miss out on the contract

The project's tender, which also involves dredging the Blue Water Canal in Trinity Park, was offered to a range of companies.

The successful tender applicant, Hall Contracting Pty Ltd, was selected over willing, local companies due to a $100,000 difference between proposed bids.

“Residents that live on the canal pay a levy towards the dredging,” Cr Coghlan said. “If we selected a much higher tender then their levy would be higher.”

$221,250 of the project's funding will come from the State Government's Disaster Recovery Funding Arrangement.