Explainer: How does the new reinsurance pool work and will it reduce your premiums? 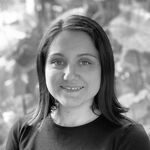 Last week, the Federal Government passed legislation paving the way for a new reinsurance pool for cyclone and related flood damage. JCU's Economics Lecturer Diana Castorina provides a comprehensive explainer about the reasoning behind the new system, what is covered, why it should reduce premiums and when.

Let's start with the basics

Insurers also access insurance to manage their exposure to large losses in the event of a natural disaster. This is called reinsurance.

Presently, there exists a global private reinsurance market that provides reinsurance for insurers in Australia for such natural disasters.

This scheme proposed by the federal government would provide an alternative or rather an addition, to the global private reinsurance market, whereby the government acts as a reinsurer.

Such arrangements already exist internationally, such as the French government’s national catastrophe reinsurer Caisse Centrale de Reassurance, Flood Re in the United Kingdom and the Florida Hurricane Catastrophe Fund in the United States of America.

The Australian government’s overall objective is to improve accessibility and affordability for consumers by smoothing the risk across Australian regions.

To understand how it will do this, let's unpack the insurance market and the principles behind why it exists, how it works and why (if any) the need for intervention.

In a simple market, we have both a consumer and a supplier of the good or service (e.g. insurance). We assume both behave rationally (that is in pursuit of their self-interest to maximise gains and minimise loss) and are subjected to the forces of the law of supply and demand.

The market for insurance exists as there is a level of uncertain risk that consumers want to be protected against, such as protecting their assets or wealth from cyclone or related flood damage. The consumer is willing to incur certain smaller losses now via premiums paid to the insurer in order to avoid potential uncertain large losses later.

Insurance models are premised on probability, which is measured on a scale; the event will not occur (zero) to certain to occur (100).

Insurers try to minimise their potential losses by diversifying their customer base by different levels of risk and charging prices in part according to this level of risk.

The glaring issue occurring in this market fundamentally relates to probability, where a severe weather event, such as a cyclone, is more likely to occur in any given year than previously modelled – particularly in northern Australia. This increase in certainty has had repercussions affecting both the consumer and supplier.

On the demand side, the rational consumer, with more certainty of risk occurring, is more willing to pay for insurance. As such, more buyers enter into this market. This increase in demand places upward pressure on the price of insurance. In the longer term, people are more sensitive to price changes and as such, some consumers may leave this market (that is, forgo insurance altogether, move away, look for alternatives such as opting for higher excess to reduce the current price of premiums etc).

Further to that, the more certainty that a natural disaster will occur, the higher premium insurers themselves must pay to the reinsurer – which in turn raises the price of premiums paid by a consumer.

For the insurer, there is an increase in the cost of supplying insurance. The more certainty that the event is to occur, the higher premium they themselves must pay to the reinsurer. This is a cost that will affect the overall unit cost of the premium paid by a consumer. The impact is a decrease in supply, whereby there is less insurance provided in the market. If economic profits are squeezed, we may also see several firms exit that particular market entirely, again decreasing overall supply.

What this means overall is that the allocation of these resources towards insurance is less and the price for insurance is higher.

The level of concentration of an industry tells us something about the market structure it is operating in.

Market structures, like probability, can be measured on a scale where there is lots of competition to none at all (the extreme case is a monopoly).

Over time in northern Australia at least, we have seen the insurance market become more concentrated, where there are few suppliers and high barriers of entry (cost of reinsurance).

The more competition there is, the less influence one firm has on that market and therefore price. Product offerings become more similar as does price when a market is competitive.

The government’s intervention is to ultimately alter the market structure. It can do this by providing incentives or disincentives, directly or indirectly. Can I expect my premium to decrease and by how much?

As an alternative, they offer to charge cheaper premiums as the government holds no need for economic profit – which means cheaper input prices for the insurer and therefore cheaper premiums for the consumer, assuming all else is equal.

The government also provides a guarantee to step in should substantial costs arise (over and above what the scheme generates) due to cyclone and flood related events.

That's set at $10 billion per year. To put that in perspective, Cyclone Tracy resulted in damage of approximately $6.5 billion (adjusted to current value).

Its overall aim is to alter the market structure so it becomes less concentrated and more competitive.

The government proposes to do this by mandating participation of insurers who hold eligible cyclone risks, where failure to do so incurs a penalty.

By mandating participation, it will widen the pool of suppliers so that supply and therefore, competition, increases.

This also diversifies risks, all of which will subsequently reduce the price of the premiums paid by consumers (the ACCC, Australia’s consumer watchdog, will be watching).

How much exactly it will reduce is uncertain. There are some reports of 10-15 per cent and up to 58 per cent for strata properties.

Government modelling indicates that the pool could generate annual total premium savings of about $290 million for eligible insurance policies across Australia, with a higher proportion of savings going to household policies.

Theoretically, as we move closer to a competitive market, products and prices will become more identical.

How soon could I notice a difference?

We should start to see some movement in the market composition once the mandate is in place as this will essentially widen the pool of suppliers and make it less concentrated.

The invisible hand, aka forces of demand and supply, then interact to determine the quantity exchanged and at what price.

What property types does it cover?

*The maximum sum insured threshold has been set at $5 million for non-residential policies. This threshold is inclusive of the total of the property sum insured, contents sum insured, and business interruption sum insured.

Do all insurers have to take part?

Those that cover eligible cyclone risk in Australia are required to obtain reinsurance with the Australian Reinsurance Pool Corporation.

There are a number of insurers that have the option not to participate, including general insurers who's total gross premiums payable are below $10 million per year.

Furthermore, state, territory and commonwealth government insurers cannot participate, along with other reinsurers (unless they also provide direct insurance).

It is reported there are just eight insurance companies providing insurance in northern Australia.