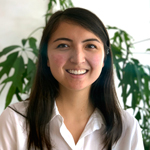 The Australian Pole Sports Championships are returning to the Tropical North next winter, and the competition promises to be the most exciting yet.

“Following a successful inaugural competition this year, we’re looking forward to a bigger and better national championships in 2020,” said Australian Pole Sports Federation President Mikki Rhoades. “We’d love to have every Australian state and territory represented next year, reflecting the growth of the sport not just in Australia, but worldwide.”

The second annual APSC takes place on June 27-28 next year at the Cairns Basketball Stadium. Elite athletes will compete for the opportunity to represent Australia at the World Pole Sports Championships in Switzerland next year.

“This year, we had four outstanding athletes represent Australia at the Worlds. They made it clear that Australia was an emerging force in the international pole sports arena," said Rhoades.

However, elites won't be the only athletes to showcase their talents. The Federation invites pole artists of all experience levels and specialties to participate in the competition, including doubles performers, para pole performers, and athletes of all ages; from younger than 10 to older than 50, all are welcome.

The volunteer-run APSF was created in September 2017 to unite pole athletes and enthusiasts across the country. This past year's competition marked the first World Pole Sports Championship qualifying competition in Australia.

The Federation's ultimate goal is to have pole established as an Olympic sport.

Registration for the June 2020 competition will open in January.