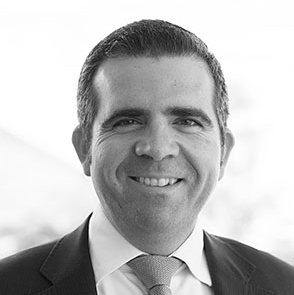 Townsville getting $250 million Super Stadium, but running out of water Guest columnist Gene Tully from Queensland Economy Watch ponders the priorities of governments as our near neighbours Townsville battle a water crisis.

One definition of economics is that it is the study of the allocation of scarce resources to competing uses.

It says each additional dollar should go to the use which provides the greatest additional benefit.

As such, it looks very odd that our State and Federal Governments have funded an arguably unnecessary $250 million Super Stadium in Townsville, but the city continues to face a water supply crisis, as reported in the Townsville Bulletin:

"Developer Robert Zammit said water restrictions were holding back landscaping at the former Townsville General Hospital in North Ward and a lack of action was destroying business confidence.

"The biggest issue is the lack of water because that’s a real downer among people,” he said. “It affects people on every level from retail to property developers looking for new developments.

“When we started the old hospital development we were in water restrictions – everyone was worried but as soon as we got a big rain that was it.

“Now we’ve got the same issue again and it’s obvious no level of government is treating it with the respect it deserves.”

Mr Zammit said the city could not go forward without a solution to the water crisis.

“Until we get the rain it doesn’t matter what happens with mines, the lift in sugar prices or the arrival of troops from Singapore,” he said. “What’s keeping Townsville down? It’s the confidence and that’s linked to water supply.”’

It is a ridiculous distortion of priorities and a huge public policy failure to fund a football stadium prior to sorting out Townsville’s water crisis, whether via water supply augmentation (example: Haughton pipeline duplication) or demand management measures.

In part, the prioritisation of the Super Stadium reflects the political clout of the NRL, which is a major financial beneficiary of the new Townsville Super Stadium, and until recently had former Queensland Treasurer Andrew Fraser as a senior executive.

Townsville residents suspect their water crisis is not being taken seriously by politicians in Brisbane and Canberra.

Perhaps it is time for a North Queensland regional government that would provide greater decision making power, responsibility and accountability to local people.

Given the severity of the water crisis in Townsville, I suspect that they would prioritise water over footy.